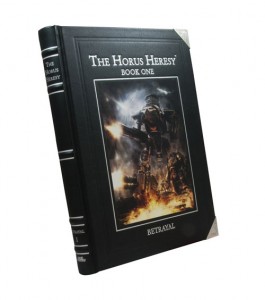 The Horus Heresy Book 1: Betrayal by Forge World and author Alan Bligh, is the topic of conversation for Episode 63. This is a project that 40k fans have been waiting more than 25 years for and it is finally here!

This is part one of a two part series in which we cover the latest (and greatest!) Forge World release. In this episode we cover the backstory that makes up The Horus Heresy (and in particular the scouring of Istivan III) as well as the Campaign System and missions that are introduced in this book. Is the book worth it's high price? We will begin to discuss that in this episode, but reveal our ultimate thoughts in our Bang for Your Buck in Episode 64. You won't want to miss this coverage though as it has something for everyone.

We obviously cover our Hobby Progress and Games Played as well - including our thoughts about the West Coast Podcast Alliance Golden Ticket Event which we attended last weekend!