Warhammer World IS Possible and Affordable! 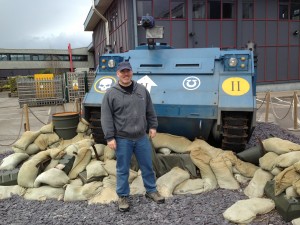 So many times I hear people say “There’s no way I will ever be able to go to Nottingham to see Warhammer World!”

I’m here to tell you that you can. Sure you may have to save up some money. But it IS possible to do and fairly inexpensively. Especially if you can travel with a friend and share lodging.

Here is how you do it:

Step One: Get a Passport
If you don’t have a Passport, you are going to need one! This is pretty easy to get, but will take some time. About maybe 8 weeks. Make sure you do this as far in advance as possible. If you don’t know, a United States Passport will last you for 10 years. You should not travel on a Passport that has less than 6 months left on it. You will also need some specific documents to get your Passport.

There are many places that will charge you a fee of about $150 to “expedite your passport” but you can get it done on your own by going here:

Step Two: Book a flight to London England. (Heathrow Airport)
You can use any travel site, I tend to use Travelocity or check various Carriers specifically. You can expect to pay about the following Round Trip:

Your plane flight is going to be the largest expense of the trip... unless you go crazy at the Forge World store!

Step Three: Book a train ride London to Nottingham
You want to book your Train Ride from the London, St Pancras International station to Nottingham. This is really easy to do and also VERY affordable IF you do it in advance. If you do it when you arrive at the station you can expect to pay MUCH more.

The best way to book a train ticket is using Trainline:

You can expect to pay between 60 and 100 GBP round trip. I wouldn’t bother going First Class here. The ride isn’t much improved for your money.

IMPORTANT: Remember to give yourself plenty of time to get from the Airport to the Train Station! It will take about two hours. I like to give myself three to four hours just to be safe. Remember this is BOTH ways. You will want to make certain your return train ticket gets you back to St Pancras several hours BEFORE your plane starts boarding for your return flight!

Step Four: Book a Heathrow Express ticket from Heathrow to Paddington Station
This will get you from the airport to London in about 15 minutes for about $25. 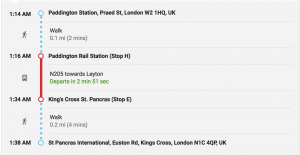 IMPORTANT: You will then want to get on the Tube from Paddington to Kings Cross/St. Pancras. This trip will take you about 25 minutes or so. You could also grab a cab there if you wanted but it will cost more and take about as long. You do NOT have to purchase the Tube tickets in advance. You can buy a ticket right there in the station!

Step Five: Book a Hotel in Nottingham
I personally use Hotels.com for booking my hotels. I like to stay at the Park Plaza Nottingham. It’s right downtown in Nottingham so you have access to a lot of restaurants and other sites. But also it is a short cab ride (about $15 each way) to Warhammer World.

You can expect to pay between $75 and $125 per night (depending on the dates) at the Park Plaza. Now if you split that with a traveling companion… thats HALF price ($38 to $63 per night!).

Summary:
Thats pretty much it. When I go to Nottingham I go for usually longer than a weekend. (I go for about a week and spend time with friends in London). But recently I did the trip for JUST a weekend. In total it cost me about $1600. Mind you that was from San Francisco. About the furthest you can get from Nottingham in the United States (Not including Hawaii or Alaska). The closer you are to the East Coast, the cheaper it seems to get.

The biggest expense is obviously the flight out there. If you can supplement the flight in any way with miles or some other deal - it saves you that much more money.

On that short trip, if I had more advance notice, and I could have picked a better time to travel and reduced that price to about $1100-$1200. That doesn’t include food… or Forge World purchases!

Is that a lot of money? Sure. To some it has more impact than others. But if maybe you curtail some purchases of GW products for a bit (Gasp!) or skip eating out for several months. You can save up enough scratch to pull off a trip like this.