The Show of Force Index

The Show of Force Episodes of The Independent Characters are some of our most popular episodes of all time.

From the outset of the show we were determined to not do "Codex Overviews". Many other Podcasts did these (and still do) and most of them turned into nothing other than each show racing to cover the latest units in an effort to be "first to the punch", when a Codex would release.

We still don't do Codex Overviews - these shows were designed to look at each force within the Warhammer 40,000 universe and ask "Why would you want to play this army?". We discuss everything from the history of the army in the game, to the lore around the army, our favorite characters, a couple of the units, the models, supporting supplements, Black Library stories... everything that makes the army fun. 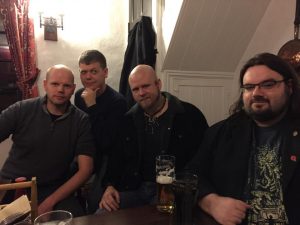 Our toughest critics agree Show of Force is awesome!

And of course we add our own opinions in there (which can change from time to time!). These episodes are notorious for getting people to suddenly buy armies after they have listened to our coverage. You have been warned!

Here is a guide to all of the Show of Force episodes of The Independent Characters and what armies they each cover.

There you have it - the definitive list of Show of Force Episodes. This list will be updated as we add more episodes in this topic. We hope you enjoy!